Living Among the Garbage

Iran is one of the richest countries in terms of natural resources in the Middle East, but the resources are not properly divided among the people. More than 60 per cent of Iranians are below the poverty line. Poverty has caused many people to turn to delinquency and very hard work with low income. One of the most vulnerable areas is in the northern Khorasan province region of Iran, which is also one of the largest provinces. This story looks at the poverty-stricken people of the Shoorak village.

In 2019, when I heard the story of the people of this village, which has a population of 200 people, I went to Shoorak and encountered something that I decided to tell their story, most of the village’s young people are unemployed or addicted with poor families who have gone to collect garbage to meet the needs of their lives.

Most of these people have to get recycled materials that were buried or burned by the municipality at night shortly after the garbage collectors bring the bring them to the landfill.

During the night they look for recycled materials. Their working hours are from 21:00 to 05:00. Their income after eight hours of hard work, which in winter sometimes means working in temperatures of minus 15 degrees, is less than two dollars a day.

Since 2017, when severe US sanctions began, their income has reached less than $1 for eight hours of work. Due to the lack of adequate hospital waste facilities, much-contaminated waste reaches the landfill and most of the workers continue searching for waste during the Covid-19 period. Because of their poverty, they have to continue. 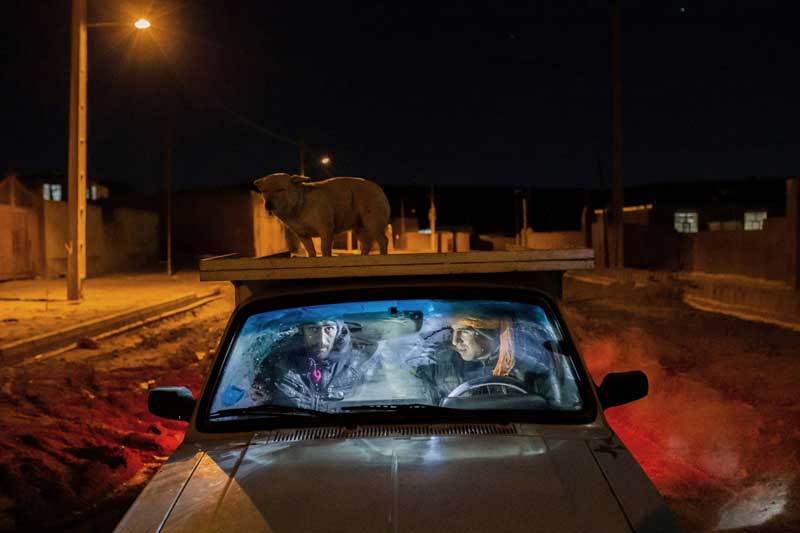 Ahmad and his brother Javad with his Dog in the boss's car (someone who buy garbages from the workers) on the way to the municipal waste disposal site. (time 21:12. pm) 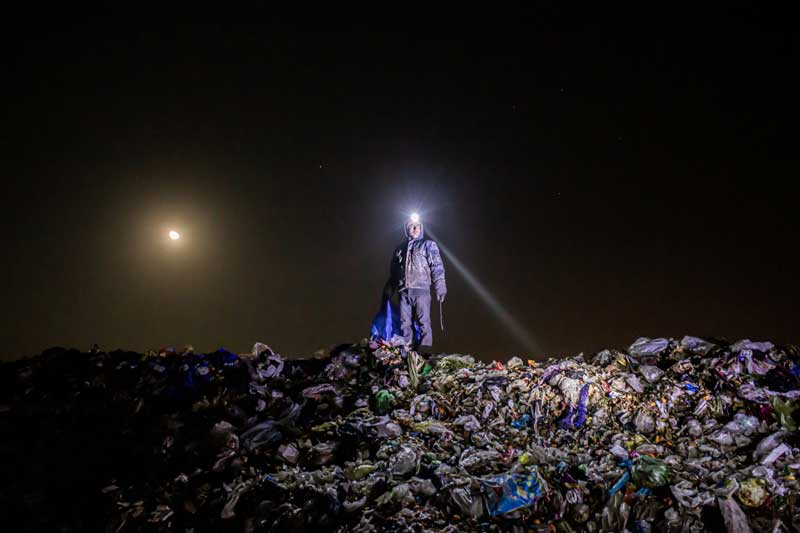 Ahmad is a recycling worker on top of garbage waiting for a garbage truck. In Iran, trashes is collected during the night and transported to the landfill outside the city by garbage collection trucks. (22:17am) 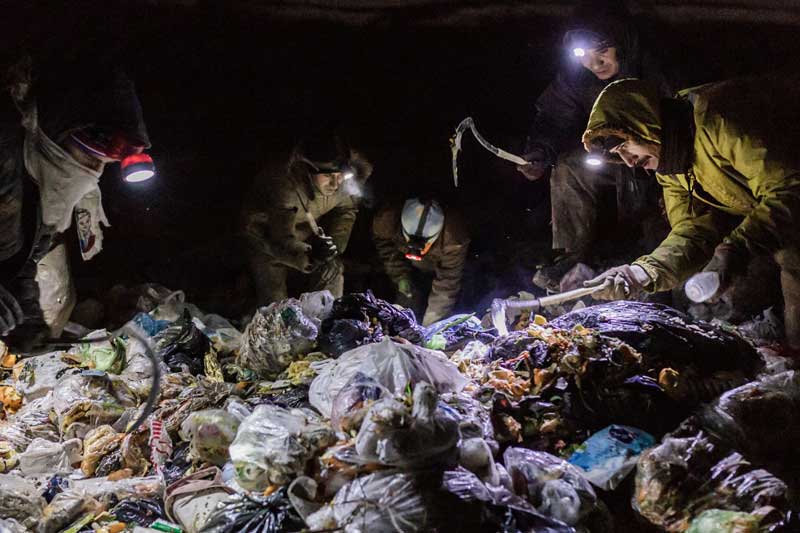 Some of the workers, who are from that village, are looking for recycled materials among the municipal garbage. The income of most of these people for eight hours of work during the night is less than one dollar. (22:04.pm) 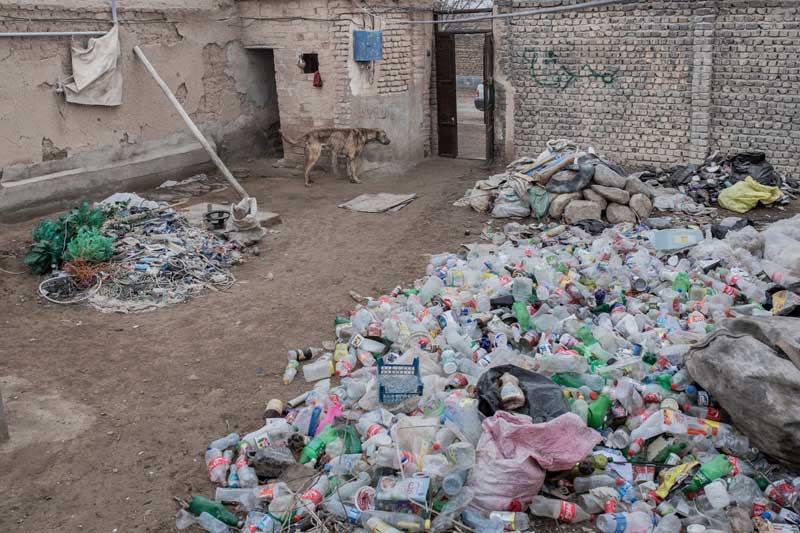 The yard of one of the worker's homes in the village where the recycled materials collected from the landfill are kept. Most of the houses in this area have an unpleasant smell. Also, the residents of these houses have the possibility of getting various diseases due to recycled materials. 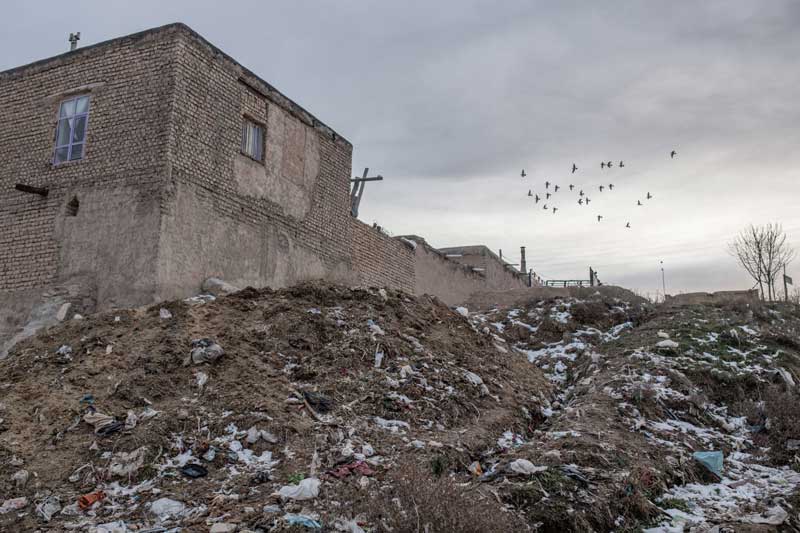 View of the village alleys trapped in the rubbishes. Aliabad village suffers from problems such as unpleasant smell and garbage dumping in its alleys due to its proximity to the landfill. 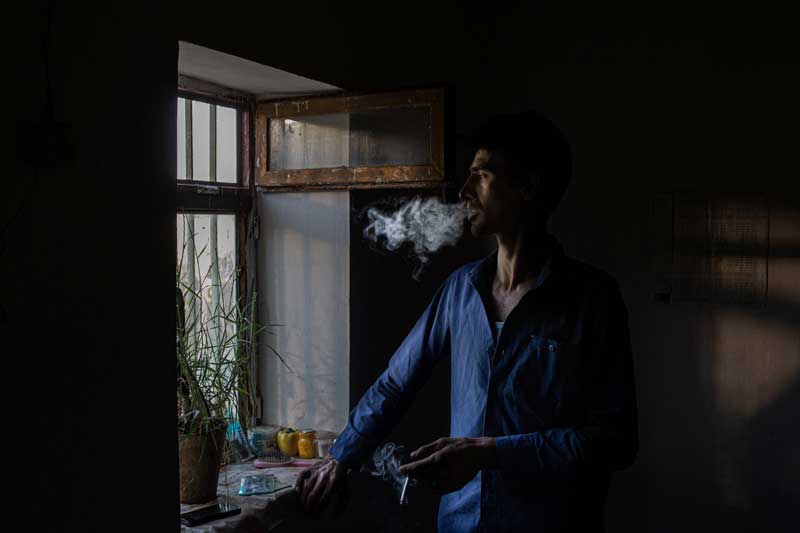 Javad is one of the workers smoking and resting after a night of work. Most of the workers (villagers) have become addicted to opium because of hard work, mental health problems and poverty. 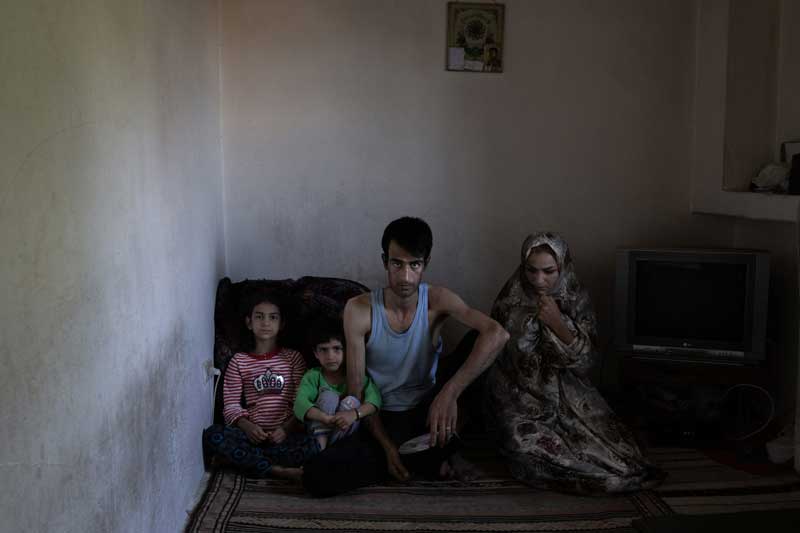 Javad and his wife with his two daughters live in a 2 by 3-meter room. Most workers (villagers) lives in small houses without sanitary facilities. 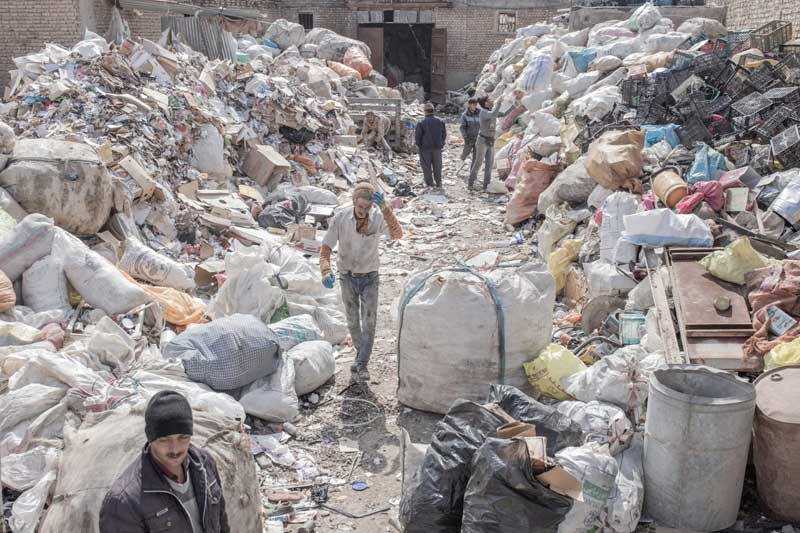 A place to buy recycled materials. Most workers (villagers) after collecting recycled materials for fourteen days, bring them to the city for sale. Their income is less than one dollar for eight hours of hard work a night. 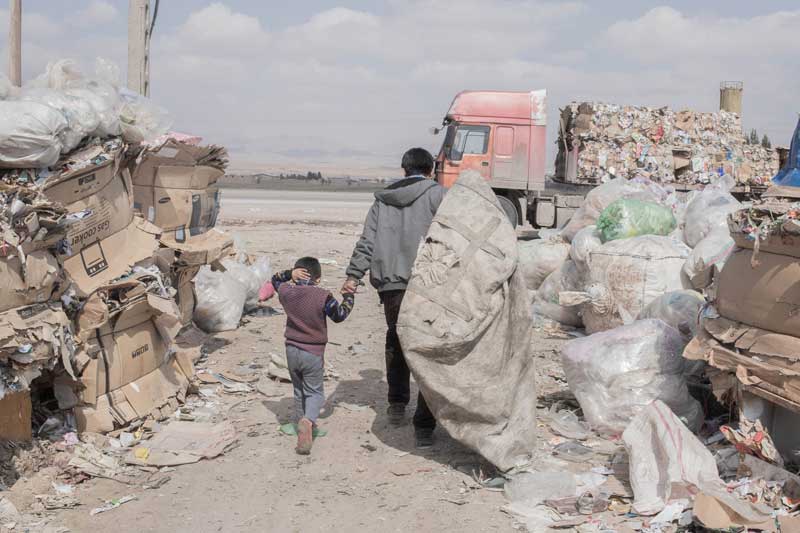 Ahmad one of the workers with his son after selling recycled materials. Ahmed hopes that his son finds another job when he will grow up and not be a garbage collector like him. However, Ahmad, with his low income, cannot send his children to school. 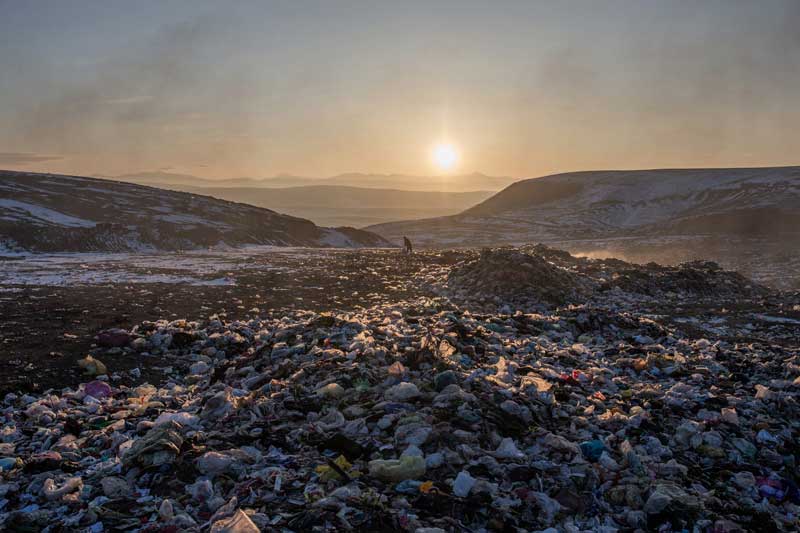 A worker collects recycled materials at the municipal waste disposal site. Because of unorganised economic conditions due to US sanctions, climate change and lack of jobs, villagers have to continue working in garbages to provide their food.
SEASON 2020 NOMINEES