In Epicentre of COVID-19

Since World War II we have not encountered any other important events affecting the whole world so much. The first images from China were terrible. We watched like watching movies from afar. Then we all became actors of this vague and dystopic science fiction movie and we got into it. The countries closed their borders, the economy was hit hard, people became unable to leave their homes. Strangely, everything in the world changed suddenly because of a virus.

The biggest difficulty was experienced in hospitals without any doubt. I love being close to events and people that interest me as characters. For this reason, while I want to photograph Covid19, it is not for me to photograph from a distance, as I usually see. If I was going to shoot, I had to get into the closest. This was much more difficult because it would both activate the permitting process from all patients and pull me to the heart of the risk, but it had to be tried. I am married and have two children. It was therefore not easy to decide to enter Covid19 intensive care. I believe that” I can’t change history but I can show it”. This is why I spent 29 days in intensive care.

In general, we see that the events that focus on the moment in documentary photography are away from aesthetic anxiety. But unlike the general one, I also wanted to show that aesthetic photographs can be taken in documentary photography, albeit difficult. The way to do that was to be invisible and not in a hurry by spending a long time there. I have to photograph them without haste. So I stay 29 days in the hospital. I observe them. They got used to me and I start to be invisible to those there. This series consists of the photographs I took during that time. 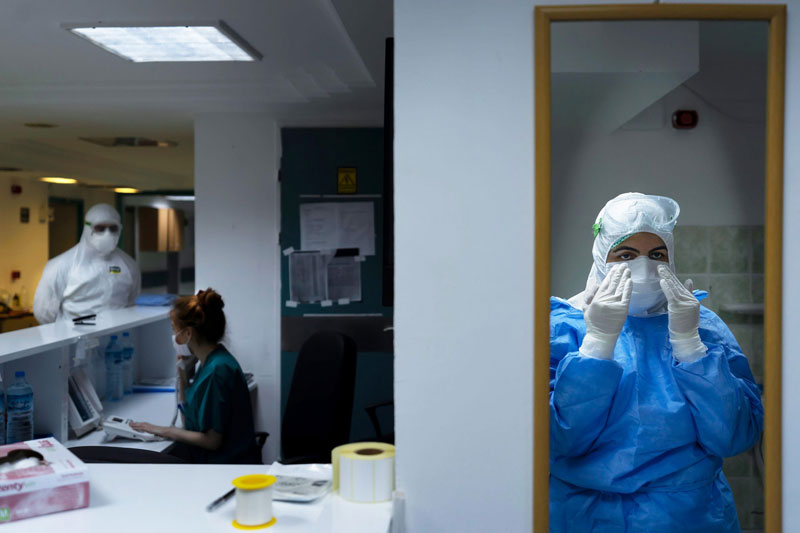 Intensive Care staff preparing for a new patient arrival to the unit. Because the protective glasses often create vapour drops, they also tape around their nose to prevent any drops. 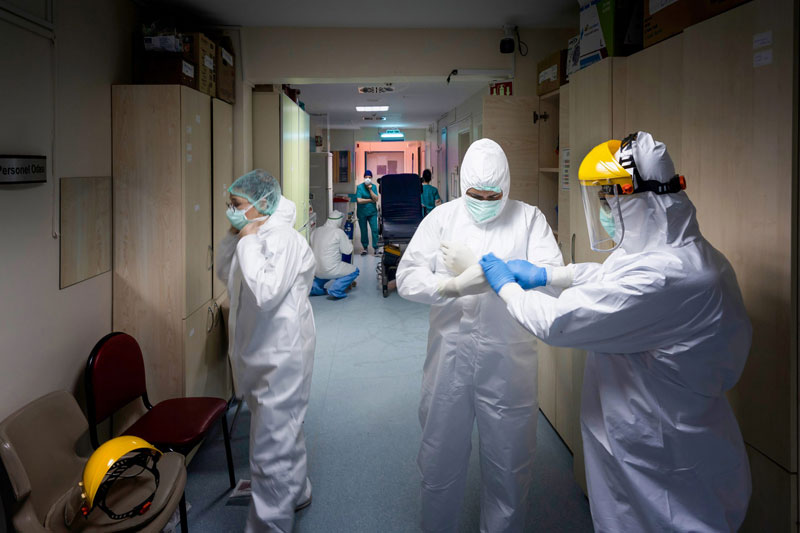 Intensive Care staff get dressed to protect themselves very well because they are the ones who fight bravely in the forefront of this war. 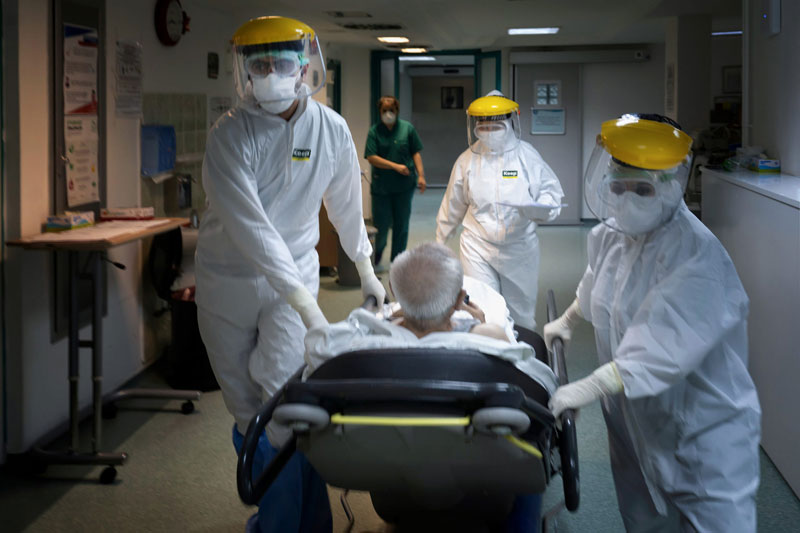 Staff at the Intensive Care Unit receive an incoming patient and take him to his room. 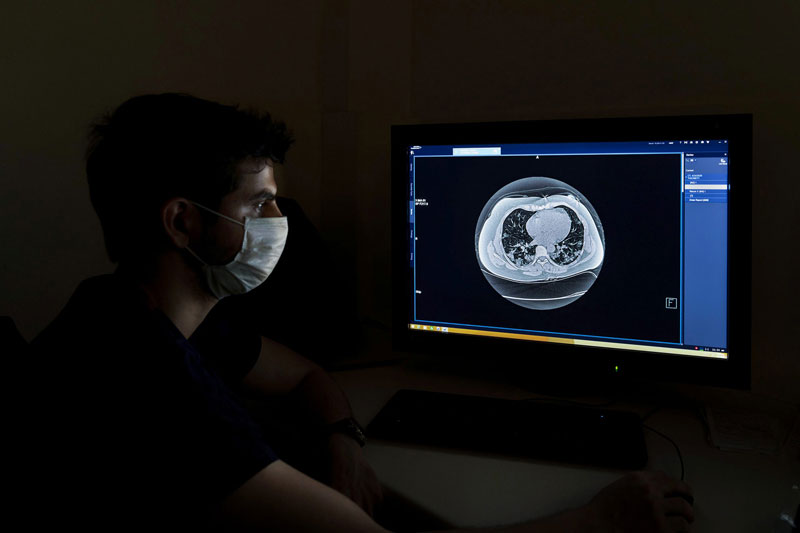 A Covid's 19 patient X-Ray. Such X-Rays have become a faster and more reliable tool for test results and in diagnosing. 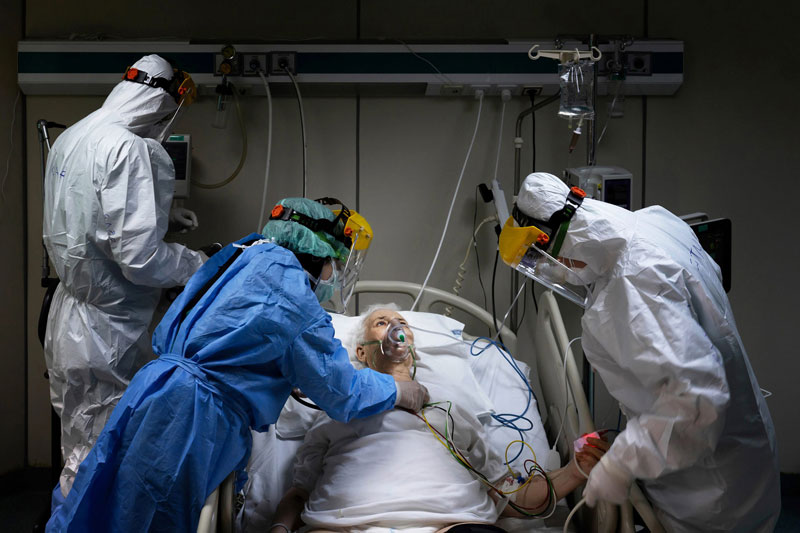 A patient over the age of 65. His condition is critical. Care workers examine him in the Intensive Care Unit 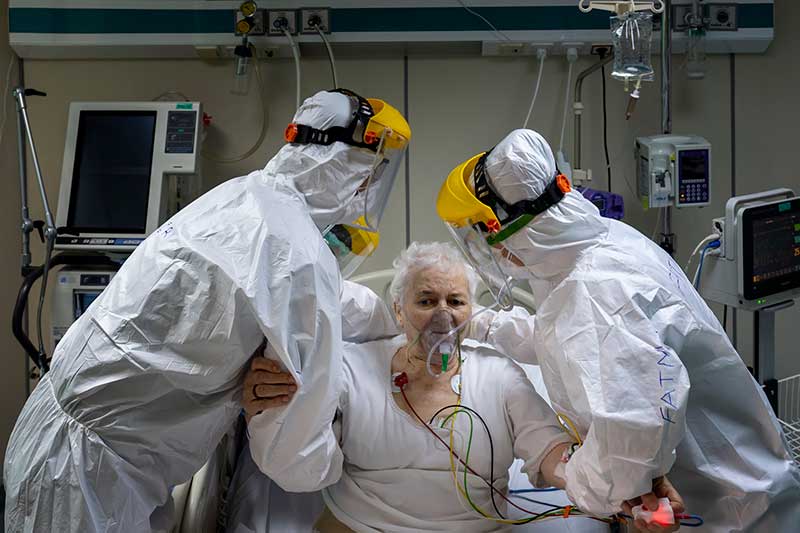 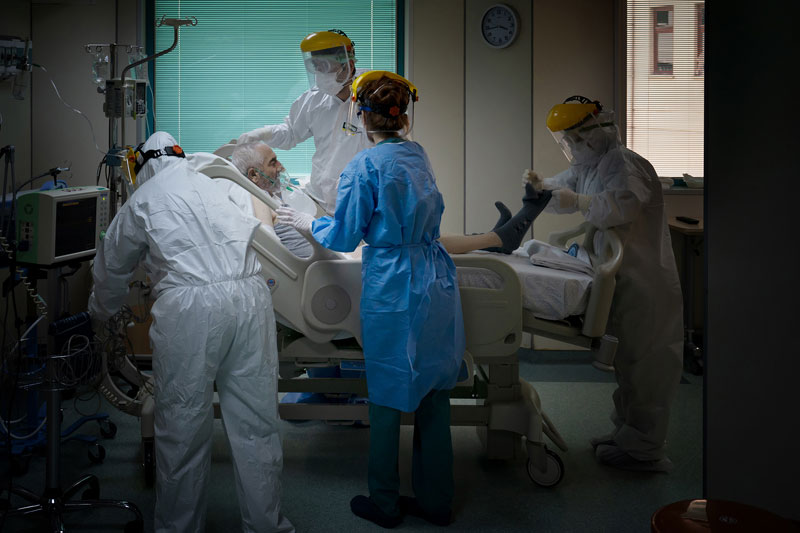 Another patient in intensive care. Yopun Care healthcare professionals take care of everything about the patient. Until his socks. 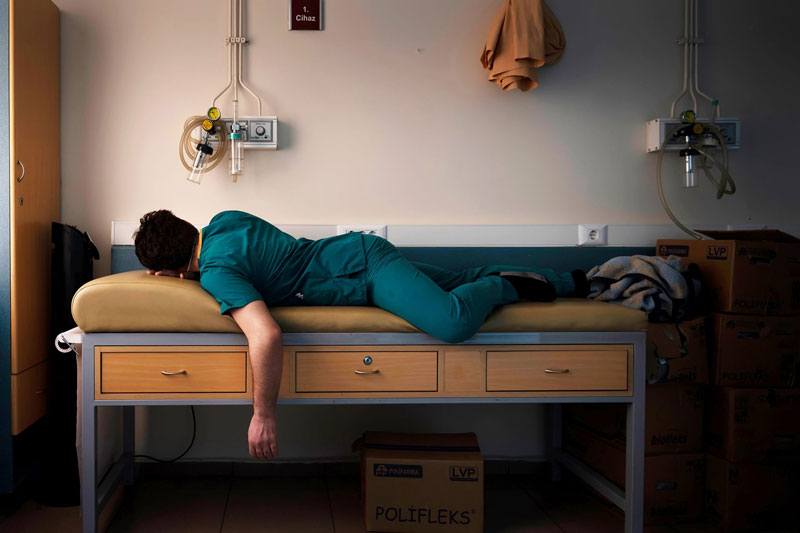 Intensive care health workers who work hard and get tired during the process rest at every opportunity they find. sometimes it can be on a seat, sometimes on a stretcher that is not used. 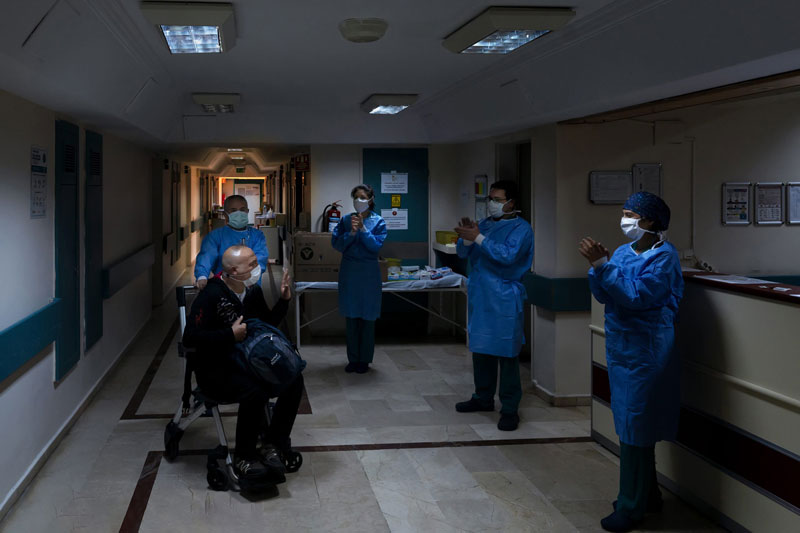 Infected patients have only two possibilities; recovery or death. The best way is not to get infected. So people have to use a face mask and obey social distance. How happy to the patient who can be discharged with applause. 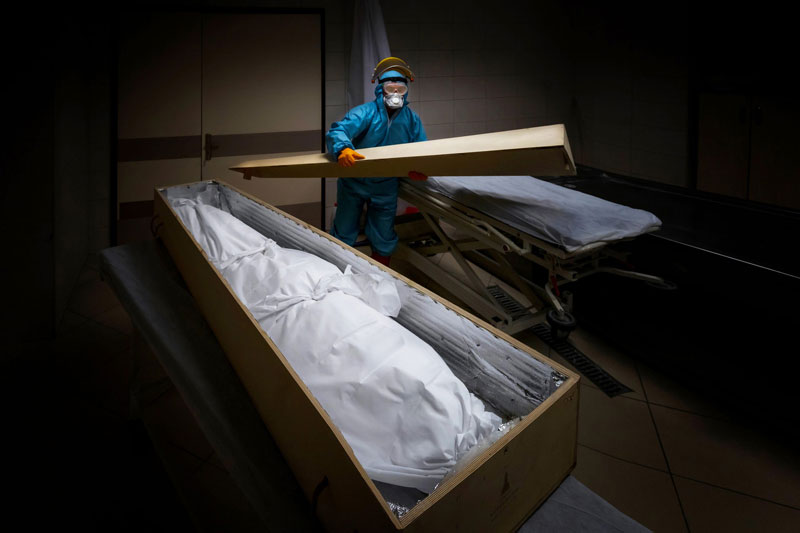 And death - the fact that we do not want but face fear in the whole process. The deceased patient is put in a coffin after washing and shrouded according to Islamic methods
SEASON 2020 NOMINEES