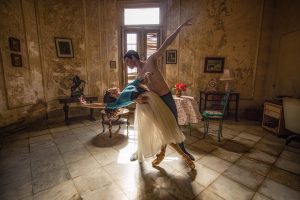 I imagine the year to be 1957 again when Havana was the world’s fourth most expensive city. According to the International Labour Organization, the average industrial salary in Cuba became the world’s eighth-highest in 1958, and the average agricultural wage was higher than in developed nations. Cuba also had Latin America’s highest per capita consumption of meat, vegetables, cereals, automobiles, telephones and radios during this period. In 2019, many vintage buildings still remain in Havana and many of my friends still play and live in such buildings. The buildings may be old and deteriorated, blemished by scars on their walls, with no signs of recent maintenance. Today, as the Castro era wanes, Cuba’s youth have their doubts, dreams and their stories… My friends Adonis and Monica practice their dance routines within the cool interiors of the old mansion. 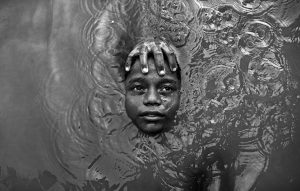 Confession of the Mind 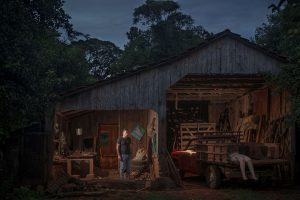 Untitled # 7, From The Series “The Cathedrals Of Nostalgia”

They act in their intimate theatre, but the theatre also is the whole city, and the drama crowned by silence embrace many days and many nights. In this complete immobile abstraction that even pain is absent; living creatures seem to listen and watch over some of their heart, the secret and irreparable course of the blood. And their hearts endure. Because it seems that the heart can endure anything, anything, anything… Bella Vista, Paraguay. 2019 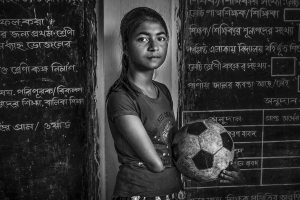 This image was taken during a school sports event where Sunipa Das,13, a physically challenged girl by birth, was taking part. She belongs to a poor family and she loves to play football. In the future, Sunipa wants to build her career in sports. 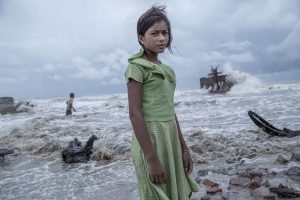 August 18, 2020: A girl, standing before her tea shop, which is completely ruined by seawater in Namkhana Island. The Indo-Bangladesh region popular as the World Heritage site, the Sundarbans is known for its exquisite forest resources. Thus, the locals depend on forest resources for income. However, over the last few years, global warming has become a rising concern. Owing to the indiscriminate cutting down of trees for commercial and domestic use has created an imbalance on the deltaic islands. The land has become weak and a frequent victim of natural disasters. Storms, heavy rainfall, and flood wrecks havoc here. Approximately 3.14 mm rise in sea levels every year has taken several islands under the sea. Increased soil erosion, loss of soil quality resulting in minimized crop yield have made situations worse. 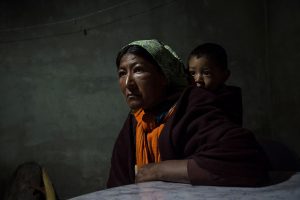 Marta Rayo and her Grandchild

Marta Rayo and her grandchild in a house in the Chihuahuan sierra. Marta is Tarahumara ( an indigenous group from northern México) they live in the middle of the mountains with no electricity or any kind of technology). Tarahumaras are famous for being very strong runners. Because of the remoteness of the Chihuahuan mountains, they have been running for centuries to get to places. 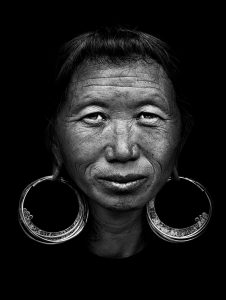 A woman in Vietnam plays various roles in life! She is a mother, a fighter, and a true example of poverty and hardships. Every wrinkle engraved a story on her face to tell a tale for generations.

After the Jury completesd their scoring the shortlist was automatically generated and submitted to the Awards Committee who applied additional scoring criteria that either added points or deduct points thus creating the final seven Nominees published on this page.

In each category, there will be awarded:

One Winner
One Runner-up
Five Certificates of Merit

The Winner and Runner-up from each category will be invited to the Xposure Festival Awards Ceremony where the final outcome of the position will be announced.